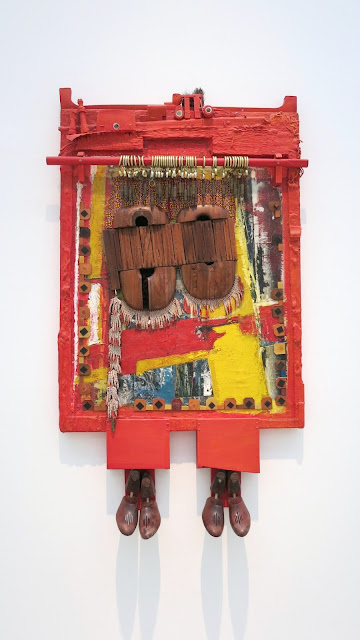 the summer of 1965
the summer is moving along quickly! the month of july is already at end and school is just around the corner.
i took my 3 little ones to the lacma to see "watts going on". there's a very important show and i want them to know noah purifoy. unfortunately, i didn't learn about this great man/artist in art school. he's not in the textbooks or teachings and very well should be! noah had been making art in l.a. since the 1950's after moving to los angeles from alabama and studying at chouinard (robert irwin and ed ruscha also studied there) 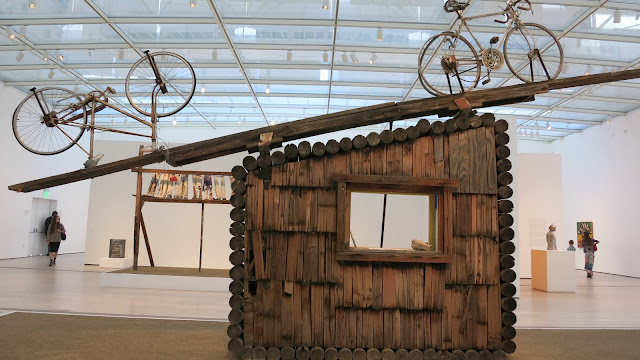 no contest
in the late 80's purifoy moved to joshua tree to live on 10 acres of land he purchased. he continued making installation masterpieces. he went unknown for years.. neither the la county museum of art or museum of contemporary art had any of his work in their collections. the installation above was taken from his property for the exhibit. in 2004 (age 86), noah died in a fire caused by his own dropped cigarette. 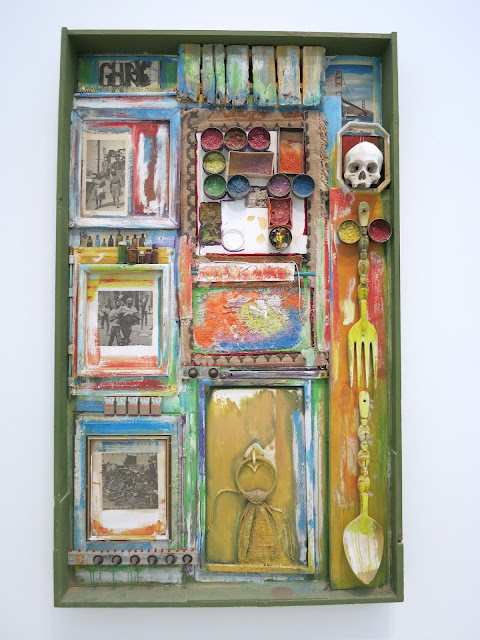 sadly, but most important to note: this is the artist's first major museum retrospective and first solo show since his death. he mixes poverty and racism with rebellion in a mid-century-cool. he was the founding director of the watts art center and is responsible for bringing art to the l.a. prison system. now, 50 years after the watts rebellion and 50 years after lacma opened on wilshire without  ever showing a stitch of noah's art, it's about time! and well overdue to legitimize this amazing black artist who was ignored for years by major l.a. museums. 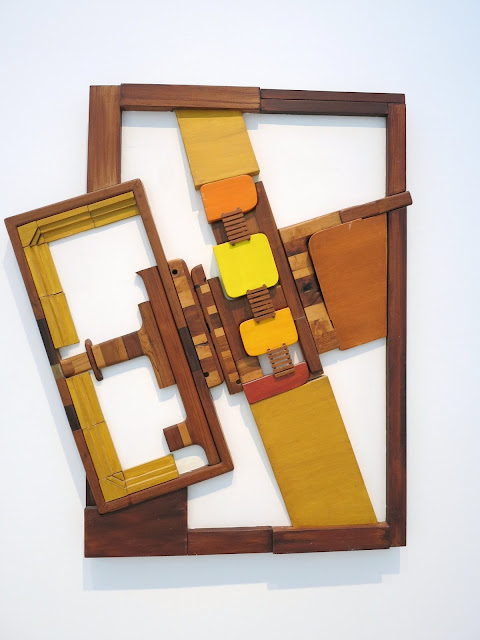 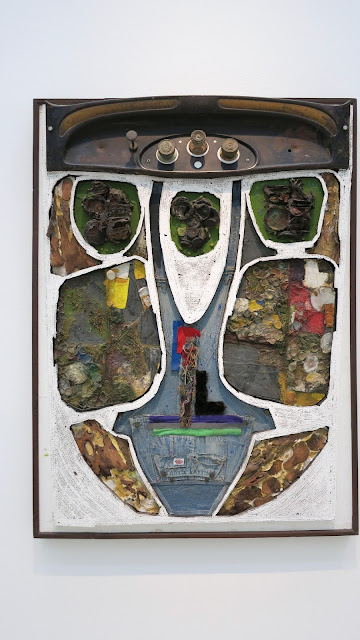 and moves along 3 decades of  raw and beautifully refined art work before he moved to the desert. the works that were pulled from the desert feel a bit out of place in the museum setting and may be better visited on his joshua tree property.. noah purifoy's "free outdoor museum."
junk dada runs through september 27 at lacma
Posted by Kim Baise at 7:50 AM

Oh wow Kim. Ace photos. His art looks and feels so different out of context, surrounded by white walls instead of sand and junk and joshua trees. At first glance it feels wrong, but the longer I look at your photos, it actually looks like a beautiful, respectful exhibition and it's pretty amazing seeing everything so clearly. Incredible this is his first retrospective. I wish SO hard I could be there!

Sas, I knew you would love this! I took 20-30 photos of his amazing works and only posted a few...A great man!I truly wish I could have met him.
Did you see Watts Towers when you were here?

A Great Post, Kim! And you have been to the magnificent Watts Towers too! I think Simon Rodia expressed the LA Mindset perfectly: when asked why he made them, he replied, "I wanted to make something really big!"

Hey Kim. We had Watts Towers on our list but didn't get there in the end. Ran out of time. Too many amazing things in your city!! Will have to save up and come back one day :)

Thanks tennisfan2, yes Watts towers are truly magnificent and really big!
and Sas, yes, please come visit again for round 2!